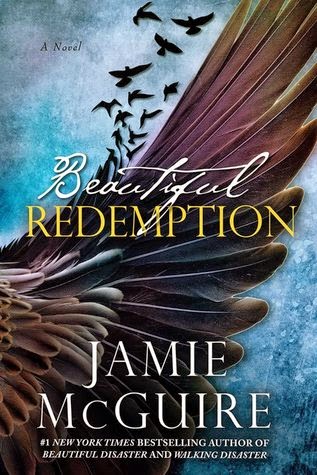 Since this book is the second in a series, the summary and my review may contain spoilers for previous books. Since this is a companion series, it does follow different characters, but some plot lines from Beautiful Disaster/Walking Disaster are continued in this book. If you are interested in reading this series, I would recommend starting with Beautiful Disaster and reading them in order of publication.

Goodreads Summary:
No-nonsense Liis Lindy is an agent of the FBI. Deciding she is married only to her job, she breaks off her engagement and transfers from Chicago to the field office in San Diego. She loves her desk. She is committed to her laptop. She dreams of promotions and shaking hands with the director after cracking an impossible case.

Special Agent in Charge Thomas Maddox is arrogant, unforgiving, and ruthless. He is tasked with putting away some of the world’s toughest criminals, and he is one of the best the Bureau has to offer. Though, as many lives as he’s saved, there is one that is beyond his reach. Younger brother Travis is faced with prison time for his involvement in a basement fire that killed dozens of college students, and the media want a conviction. Travis’s only savior is his unusual tie to the mob. In a deal that will spare his brother, Thomas has agreed to recruit Travis into the FBI.

Liis is stubborn, defiant, and yet somehow softens Thomas’s rough edges, making her the perfect agent to accompany him to the ceremony. Posing as a couple, they must travel to Travis & Abby’s beach vow renewal and give him the news, but when the pretending ends, she finds herself wondering if they were pretending at all.

This is the strongest novel that I've read by Jamie McGuire. I think her writing is continually improving. I enjoyed her other books, but I do not think they are very well written. They are entertaining, addictive, and dramatic, but lack depth. With Beautiful Redemption, I just felt overall, the characters and story are much stronger than McGuire's previous works.

I actually really like the characters. I don't dislike the characters from her other books, but Liis and Thomas have development and substance that characters from previous books lack. I loved reading about Liis and getting to know her. She is so funny and determined. The bond between her and Thomas kept me engaged. It is an interesting and different romance storyline. From the past books, we don't know a lot about Thomas. I wasn't sure if I was going to like him, but he surprised me. He has a big heart and it was nice seeing Liis break through is tough front. The side characters are great, and they bring a lot of light-heartedness and liveliness to the story.

This book still has the addictiveness, sexiness, and drama Jamie McGuire is known for, which of course kept me reading. The drama between Liis and Thomas did get redundant, but it still pulled at my heart. Characters from past books do make appearances, and it was so nice to see all of them again, as well as get a peak at the characters featured in the next book, Beautiful Sacrifice. There are plot lines from the previous books that continue in this one, so it was interesting seeing those play out especially with the Maddox family all together.

Some of the plot with Travis and how he might go to jail confused me, probably because it has been so long since I read Beautiful Disaster. I'm pretty sure the epilogue in this book mirrors the epilogue in Walking Disaster and provides more information, which is cool and I like seeing all the stories weave together.

Anyway, Beautiful Redemption surprised me and kept me entertained, I even teared up at one point. I didn't expect it to capture my heart like it did. I don't have any specific problems with it, other than the redundancy. I don't know what it is about Jamie McGuire, but I can't stop reading her books, and have already pre-ordered the next one.